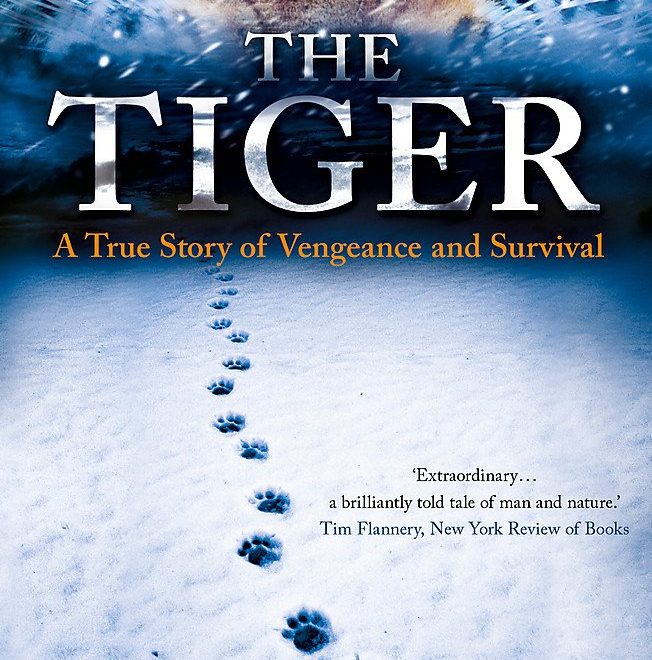 Vancouver-based American journalist and author John Vaillant’s book The Tiger, tells the true story of a man-eating tiger in the far Eastern primary region of Russia that claimed several victims in the late 1990s. Along with the story of the victims and the tiger, John Vaillant explores the region’s history, the traditional superstition and scientific knowledge of the Siberian tiger, as well as the environmental degradation that continues to threaten the existence of the species. Vaillant’s Journalism has appeared in National Geographic, New Yorker, and the Atlantic. He is most famous for his 2005 non-fiction work The Golden Spruce, which saw him garner the Canadian Governor General’s Award. John Vaillant’s profound knowledge on the beast of his story, attention to detail, and proper use of suspense make The Tiger nothing short of a masterpiece. Many critics have classified The Tiger with the likes of Moby Dick and Jaws, and not without reason.

The hostile and gigantic tiger at the heart of this non-fiction work has a close resemblance to it’s fictional predecessors: Star Shark and White Whale. The two latter nonfictional works are said to have been inspired by real animals. The structure of The Tiger is in many ways like that of Moby Dick. John Vaillant alternates a gripping chase story with a detailed explanation of the ecology and culture that surrounds the chase. Fans of Jaws will appreciate the dramatic technique employed in keeping the tiger off stage for as much as the author could so that the terror can fill in the blanks. The Tiger is a great addition to the animal pursuit category because of the sensitive manner in which John Vaillant puts it. Few authors have taken the initiative to comprehend the creatures in their stories fully, and few are capable of depicting them in such arresting prose. John Vaillant writes about how difficult it is to track a tiger that is not aiming to be found. It wasn’t an animal they followed but rather a contradiction, a silence that was at the same time, invisible and incarnate. When the tiger hides, the book socks. When it stops, the book soars. John Vaillant is a top researcher and Marshalls his arsenal of facts to bring the best out of the story, which is a good way to say that some parts of the non-fiction work can be rough going, but it’s quite exciting and pays off.

The story is set in the 1990s in Russia’s far eastern border region of the Primorye. The area is home to a population devastated by the few hundred or more creatures and Perestroika’s fallout. Vladimir Markov, an experienced hunter and woodsman, is found dead outside his cabin. Based on the physical evidence, it is clear that the attack is from a tiger. This is a big surprise to local investigators. Native to the Primorye region of Russia, the Amur tigers do not attack humans unless they are provoked, and Markov was very much experienced to provoke them. The State Wildlife Organisation is charged with the role of investigating the event, drawing on the age-old folk superstition about the Amur tiger, as well as scientific facts about it.

The Tiger Book 2020 . Powered by WordPress